The critical role played by electric vehicles (EVs) in helping to achieve the UK Government’s net-zero target cannot be underestimated.

According to the UK’s Climate Change Committee (CCC), the switch from combustion engine vehicles to help keep on track for 2050’s net-zero ambition, necessitates that 55% of all light-duty vehicles – cars, vans, motorbikes and mopeds – are battery powered by 2032.

This equates to over 23 million vehicles in ten years’ time.

As a result, the coming decade will be the decisive period that will ultimately determine if the crucial CCC target is to be accomplished. 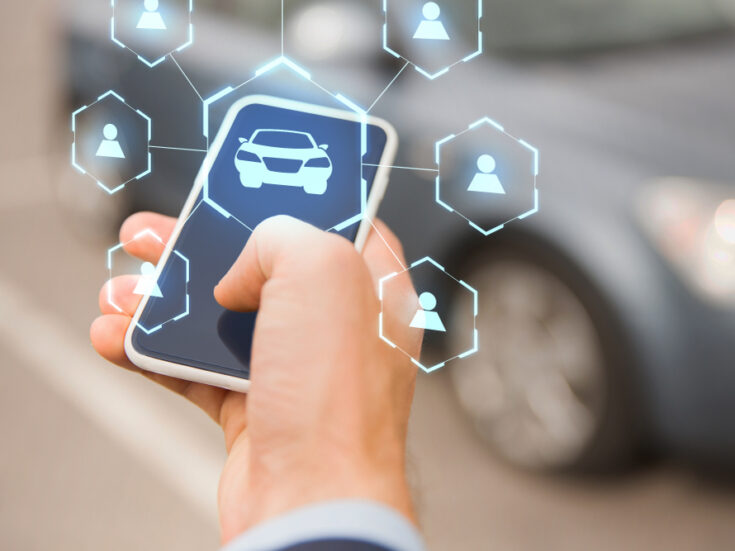 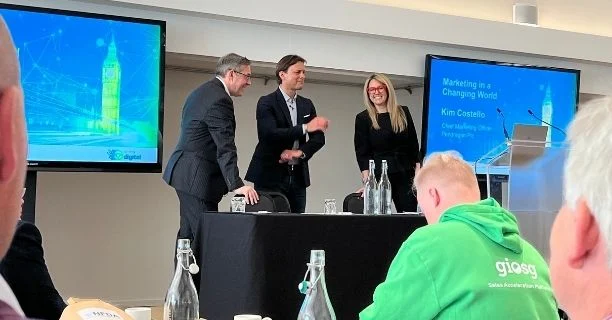 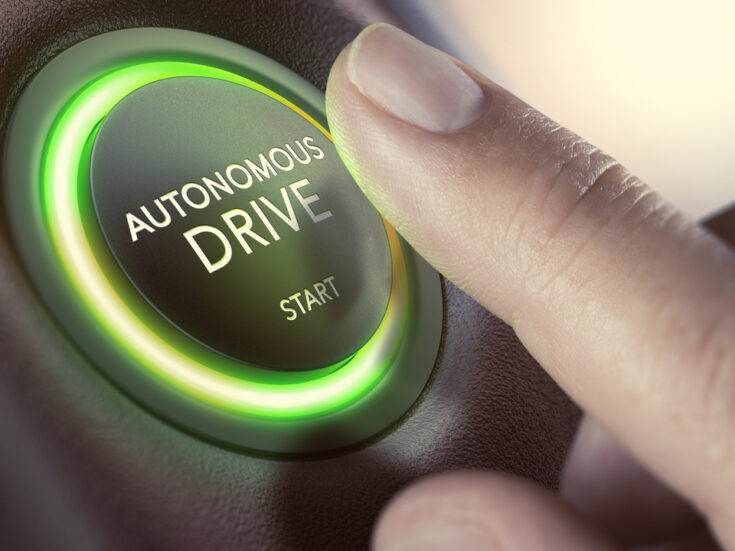 Because of its importance to both the automotive sector and society’s wider sustainable aspirations, Volkswagen Financial Services UK (VWFS) has instigated a new report to track the progress of EV adoption against the targets which have been clearly identified by policymakers.

It brings together currently available data from a range of sources, including the Department for Transport (DfT), the Society of Motor Manufacturers & Traders (SMMT), the European Commission, as well as exclusively commissioned consumer research.

This report also examines some of the additional factors that are linked to EV adoption progress and success. They include the status of the UK’s pivotal public charging infrastructure that is needed to charge vehicles away from home, as well as wider societal and economic considerations that can potentially influence consumer behaviour, sentiment and purchasing decisions.

Both findings will need to be continually and closely monitored over the coming months, years and decade to ascertain if the overall light-duty vehicle target as set out by the Climate Change Committee will be successfully secured.

Where are we on the EV adoption curve?

Consumers are aware that the sale of new petrol- and diesel-powered vehicles will cease in eight years’ time. This has set a clearly defined timeframe for drivers during which they must take the decision to switch to a more environmentally-friendly car that contributes positively towards the nation’s collective 2050 net-zero ambition.

Over the past decade, sales across the EV fleet – including battery electric cars (BEVs), plug-in hybrids (PHEVs), range-extended electric cars, and hybrid electric vehicles – have been modest, with accelerated sales volumes only commencing from around 2016, according to the Department for Transport (DfT).

This increased momentum has intensified over the intervening six years and has been further enhanced since the turn of the current decade, and 2021 delivered a significant step change.

When assessed in the context of the required sales levels as outlined on the Climate Change Committee adoption curve for 2032, it highlights that the UK was over 60,000 vehicles ahead of the curve at that point. By way of overall market perspective, the figures demonstrate that the volume of electric cars on UK roads currently account for 2.6% of all passenger cars (460,000 BEVs and 384,000 PHEVs against approximately 32 million cars in total).

In terms of market trends, figures illustrate that battery electric cars (BEVs) have overtaken plug-in hybrid solutions for the first time in sales volume, though both categories did display overall growth.

It is recognised that ULEV LCV solutions continue to lag passenger cars in terms of robust growth. However, industry expectations predict LCV market share increasing over the coming year as several new eLCV models launch into the market from a range of manufacturers to further expand options and vehicle choice.

Alongside this, the motor industry remains intent on delivering a strategy of wider choice for the consumer to maintain momentum and spark further interest. At least 16 significant battery electric vehicle models are set to be launched during 2022, with more earmarked to enter the marketplace in 2023. The resulting range of models and increasingly competitive price points will help to widen EV appeal to prospective new owners.

Forecasts outlined by the Competition and Markets Authority (CMA) suggest that up to 480,000 public charging points will be needed across the UK by 2030.

The link between the successful adoption of EVs and the availability of a supporting public charging infrastructure is clear.

However, general concerns about the speed of public charging infrastructure roll out, as well as observations on the geographic spread of the current charging locations, have been expressed by several bodies, including the CMA.

According to estimates published by the European Commission, every ten electric vehicles on the road require one public charger solution. However, we know there are 460,000 BEVs currently on the road and approximately 300,000 home charge points installed, which leaves 160,000 BEV drivers without a home charger.

Arguably, the bigger issue is that public charging locations illuminate a disparity across the country; something that may be potentially unnerving drivers thinking of making the switch to an EV.

Figures from the DfT up to July 2021 demonstrate that London and the South East benefit from a disproportionately higher number of public charging points when compared with other areas around the UK.

Based on public charging points per 100,000 people, drivers in London and the South East enjoy access to 128 points. This is more than Wales (29), Scotland (47) and Northern Ireland (17) combined.

With discussions underway concerning the Government’s levelling up agenda, the North also falls short when compared with the capital and the South East. This fact is demonstrated by figures showing the North West has 22 public charging points per 100,000 of people, the North East has 33 and Yorkshire & The Humber just 21.

Nonetheless, the availability of higher numbers of public charging solutions in the South East also provides a positive sales opportunity for dealerships looking to entice would-be EV drivers. This is supported by DfT figures showing that the highest volume of EV sales recorded in Q3 2021 was found in the South East, followed by the South West and London.

The current ‘postcode lottery’ when it comes to accessing a convenient public charging point is also contributing to a new driver phenomenon – ‘charging anxiety’.

The general consensus amongst Volkswagen Financial Services UK’s data insights team, as well as many other senior voices in the industry, is that ‘charging anxiety’ is a tangible current concern for EV drivers, replacing previous worries linked to vehicle range.

The Volkswagen Financial Services UK data insights team believes “range anxiety” among consumers – when drivers fear electric vehicles wouldn’t travel far enough on a single charge to get them where they needed to go – has now been replaced by “charging anxiety”. This translates into worries that the current public charging infrastructure is not widespread or reliable enough to alleviate driver uncertainties when they are contemplating longer journeys across the nation. And when drivers come to utilise a public charging solution their experience can be tainted.

According to EV driver app, Zap-Map, an estimated 6% of chargers are found to be faulty or not working at any one time. With the total number of chargers needed to support the 600,000-plus EVs on the road currently known to fall short of the required volume, nervousness about such charging performance-related issues could undermine the conviction of drivers going forward.

Finally, the DfT’s recently announced EV Infrastructure Strategy – which outlines plans to support the UK reach 300,000 public EV charging points by 2030 – is expected to alleviate several of the aforementioned concerns about the nation’s charging infrastructure.

The government’s planned investment of £1.6 billion to improve the public charging network, including the introduction of regulations around standards and accessibility, is a step in the right direction but some industry figures have suggested the blueprint doesn’t go far enough in its ambitions for delivering the necessary gear-shift to the nation’s EV charging network.

Arguably the most important aspect of the windfall is the £450 million Local Electric Vehicle Infrastructure (LEVI) fund, which will fund projects such as EV hubs and on-street charging solutions.

Whilst the strong sales performance of EVs during 2021 was notable – with the upwards trend also continuing through the early stages of Q1 2022 – it must be acknowledged that emerging social and economic challenges could impact the burgeoning EV market, particularly in the short term.

Exclusive consumer research* demonstrates that many people are already experiencing tougher economic conditions with net confidence in the robustness of their household finances plummeting in the months since Autumn 2021.

The dramatic decline in consumer confidence is now accelerating through the early part of 2022 as the implications of both the energy price cap and interest rate rises are set to take hold. As a result, many consumers say they expect to cut back on spending, think again about big-ticket purchases and will halt attempts to save more to help combat the looming cost of living crisis.

The research shows that current economic fears have, after two years, now replaced the COVID-19 pandemic as the main reason to worry about household finances.

The result of this changing scenario for many is that larger discretionary purchases such as a new car may be delayed or even cancelled. The cost-of-living squeeze will likely mean some potential EV purchasers may not commit to a switch this year, particularly as such vehicles are perceived to be more expensive in relative terms when compared to combustion engine alternatives.

Of course, conversely, the impact of the hike in petrol and diesel prices at the forecourts cannot be discounted. The experience at the pumps may well persuade consumers that the adoption of an EV solution sooner rather than later is in their best long term financial interest.

Potential buyers will also be aware that the government grant for purchasers of new electric cars was cut to £1,500 at the end of 2021 and the upper limit for eligible cars was reduced to £32,000 from £35,000.

The direction of travel appears to indicate less government financial support in this area, which, again, may prompt some consumers to obtain their EV before such incentives are phased out completely.

Finally, the well-publicised supply chain issues that have dogged many sectors over the past twelve months have also been felt across the automotive manufacturing industry. With potential delays to the availability of new EV cars remaining an issue, the sector will need to work hard to manage consumer expectations, minimise delays and ensure that drivers seeking an EV can do so.

“The startling sales performance witnessed in 2021 is a recognition that for many an EV is the way to go. This has resulted in the UK tracking 60,000 vehicles ahead of the necessary adoption curve timescale to meet the Climate Change Committee’s target of 55% of all light duty vehicles being battery powered in ten years’ time. This is a vital component of the nation’s net zero ambition.

“Whilst it is hoped such progress will continue, it will be interesting to observe the impact of a prolonged downturn in consumer financial confidence on the EV market as the economic storm clouds gather during 2022.

“The challenges connected to the delivery of a reliable, timely and geographically equitable public charging infrastructure must also be overcome if EV adoption is to be truly optimised. Speed of implementation and robust charging performance will be the key indicators of success as future progress is assessed in this vital area of the EV adoption journey.”

Numbers behind the Green Revolution just don’t stack up