NextGear Capital, the US floor planning business and part of the same parent group as Manheim Remarketing, is to begin stock funding for UK dealerships in 2014 in association with the vehicle auction and valuation group.

John Bailey, chief executive of Manheim across Europe, explained the company expected to have dealers joining from February next year with funding beginning in the second quarter.

Bailey said more than half of independent used car dealers, the target for NextGear, have “the desire to increase their stock” but were unable to access the funds to do so following the reduction in liquidity since 2008. 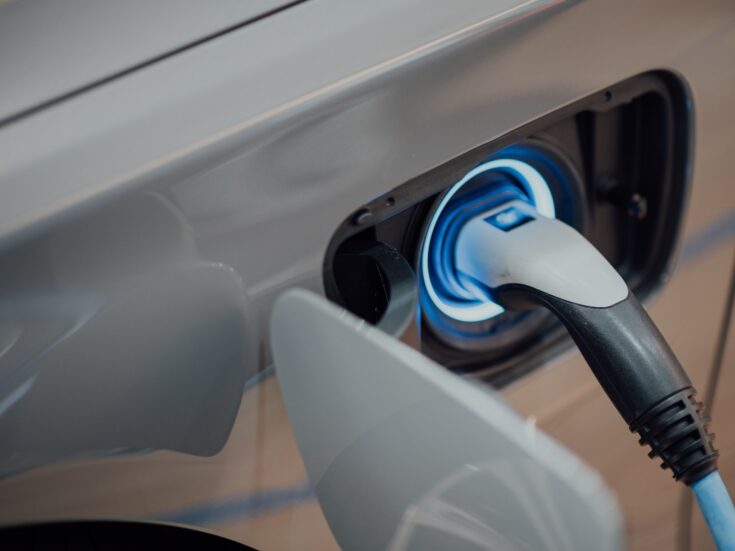 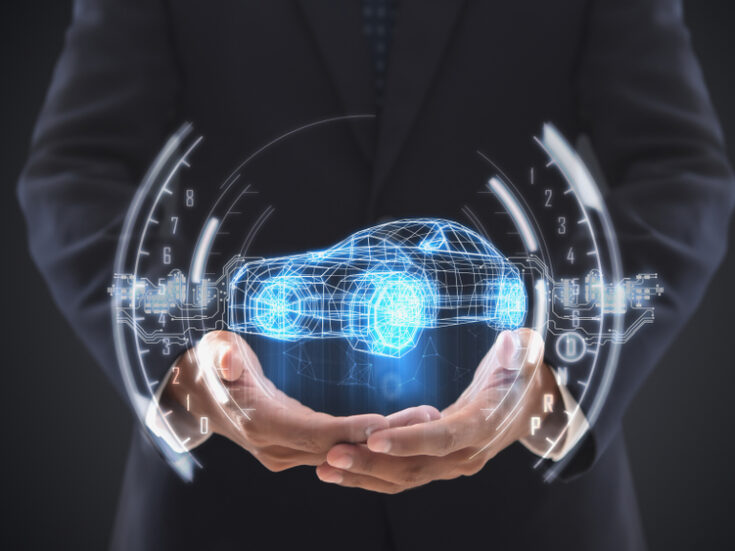 NextGear will make up for a perceived lack of “significant floor plan providers focusing on serving small-to-medium independent dealers” in the UK. He added Manheim did not simply think “what works in the US will work in the UK” but conducted research which highlighted stock sourcing as the main problem for dealers, with stock funding an impediment to their supply.

Michael Buxton, chief operating officer at Manheim, explained the aim will be to fund 100,000 cars by the end of the first year of trading and 200,000 cars by the second, equal to £150m in receivables. Labelling the venture an “aggressive business plan”, Buxton expects the volumes it will generate to aid both independent dealerships and the overall wholesale market, with consumers given more choice in showrooms.

Stock funding will be linked in to Manheim’s systems with dealers able to set up finance with the “click of a button”, according to Bailey, when buying online or at auction.

George Grant, director of special projects at Manheim, who will lead the roll-out of NextGear Capital UK, explained the company would buy both cars and commercial vehicles identified at auction by dealers and then hand over the asset to be sold. The company will be using Manheim’s capital, although NextGear is backed by its own treasury operation based in Atlanta.

Although NextGear will cover 100% of the wholesale value, Grant explained the venture would act as a service, rather than a loan, with NextGear and Manheim “not taking security over property; we’re not lending money, we’re lending stock.” NextGear will purchase the vehicle, with the dealer acting as an “agent”.

Funding will be offered on all stock supplied through Man-heim, although this may possibly be extended to sales from other auctions. Under the US model, funding is “open to any source,” explained Grant. The aim in the UK would be to “work with Manheim”, but “theoretically, any wholesale source” is viable.

NextGear will not charge interest, but will charge a fixed administration fee, distribution costs and holding costs, which are expected to average £3.90 a day on a £4,000-£5,000 unit, for 45 days. However, dealers would not have to repay either fees or funding until the car is retailed, meaning cars can be on forecourts without any initial payment by those selling them.

After 45 days, dealers may apply for extensions to take the holding period up to 105 days. If the unit remains unsold, Manheim suggested they would advise dealers to liquidate the asset by remarketing it through the auction process.

Grant explained Manheim had conducted research with credit reference agency Equifax and marketing company Harris Interactive, among others, to identify dealerships ahead of the application process for the service. The target market for NextGear will be “honest and ambitious” independent used car dealers selling between 50 and 500 cars each year, estimated to number between 4,000 and 5,000 in the UK.

Using Equifax and Harris Interactive, Manheim has already conducted a process of filtering companies by Standard Industrial Classification codes, volumes, registration and turnover targets and in-depth interviews, hoping to approve dealers for the scheme ahead of the application period.

Grant said the majority of such dealers were currently funded by banks, with stock accounting for 70% of funding. With wholesale finance “mixed in with so many other things” from banking facilities and the “variety of bank-funding options out there”, Grant said it was unclear how competitive the scheme will be with such lending. But, with dealers “putting their house on the line to get that facility” and Manheim’s research showing “banks have the security but weren’t keen to push on”, Grant was confident a market existed for the scheme.

As with North America, Grant said banks have been put off by the risk levels associated with independent dealers compared to their franchised counterparts and the US take-up of NextGear had been “phenomenal”, with 17,000 of a potential 35,000 companies joining. If that ratio was applied to the UK, Grant said, Manheim could expect to be stock financing a minimum 10 cars at any time, at an average value of £5,000, at 2,000 (out of the potential 4,000) dealers it was now looking at.

Manheim and NextGear would not only provide “liquidity in the motor market that wasn’t there previously” and without which the independent market would “grind to a halt”, explained Grant, but would be “bringing good stock management discipline to small independent dealers”.

The scheme may also be extended to Motability dealers and other national markets in which Manheim has a presence should the UK scheme prove to be a success.

‘Where your PCP ends up’

The announcement was one of several made this week by Manheim, including an add-on to its Seller Advance service and an update to its condition reports for vehicles at auction. Group sales director Neil Hodson announced the raft of expenditure as a process of “investing and innovating” by the remarketing group.

The updated condition report is part of the launch of the second version of Manheim’s Simulcast online bidding platform. The condition report will provide the same data as before but with more images and a “more dynamic” layout, according to Hodson. “Images sell cars,” he says. The company hopes to put more stock through the reports, also speeding up the search function for vehicles, thus increasing exposure for vendors and choice for buyers. Although Hodson explained the report will be presented in a “more retail style”, it would continue to apply to wholesale transactions only, not retail. “We don’t want to tread on the toes of our customers,” explained James Leese, sales director for dealers at Manheim. Leese added a fifth of Manheim customers were now accessing the company’s website through mobile or tablet devices, while Manheim’s online auction attendance had risen by 19% since February 2013 and its online sales by 18%. Manheim estimates around 40% of its customers are now using Simulcast to secure stock. “This is where your PCP hand-backs end up,” explained Grant. The company hopes the revamped condition reports will speed up the process with retailers and customers, allowing money to be transferred back to car finance companies within days and allowing banks to keep circulating funds. The Deal Maker update to the Seller Advance system, being rolled out this month, will allow franchised dealers to market retail-ready vehicles, such as those coming in by part exchange, on their network forecourts rather than sending them to auction. Since its launch in May 2009, Seller Advance has valued in excess of 600,000 cars, consistently within a 3% variance of actual auction price, according to Darren Wiseman, valuation services manager and head of the system at Manheim. The aim will be to increase retail sales and conversions through the system, with initial reports from dealers saying the process is driving front-end business. Deal Maker allows dealer-group buyers to select the range of vehicles they are interested in, creating an active profile within Seller Advance. Any car or derivative coming in through part exchange to somebody from the same group and also using the system would trigger an alert to the buyer. Wiseman explained Deal Maker would establish transparency in transactions, as opposed to the previous routine of dealer groups sending vehicles to Manheim only for buyers from the same group, alerted by catalogue lists, then to pull the retail-profile cars they needed out of the system. Wiseman added no dealership as yet had been offered Deal Maker within the Seller Advance platform and opted not to have it, while large dealer groups were “already recognising a rise in conversion rates”.

NextGear will be based in Chester to capitalise on the “availability of expertise in the area”. It is now hiring 40 employees through CBC Resourcing Solutions. Graeme Chisholm, director of the recruiter, spoke to Motor Finance about the recruitment process.

He said: “We are working with the two principal directors to recruit across all the functional lines of this new business. The significant requirements will be in sales, financial control, credit and risk, customer services, human resources, IT, marketing and account management. Because this is a ‘start-up’ we will need to attract people at all levels up to and including members of the senior leadership team.

“Chester is a fantastic location for this business. It’s a city steeped in financial services and with strong links to motor finance. There are a number of major financial employers which will provide significant recruitment opportunities. Chester also has excellent transport links which provide for an extensive catchment area we hope will include The Wirral, Warrington, Liverpool, Northwich and the towns of the North Wales coast.

“The NextGear philosophy is to recruit ‘talent’, so we are looking for specific attributes and characteristics. Whilst experience is a key driver we want to identify the best candidates for the role and culture of the organisation. We want the talent pool to be as diverse as possible.

“This is an exciting project for all involved. It will be the first significant financial services growth story in the Chester area for many years. The most significant challenge is identifying and attracting the calibre of candidates this organisation requires. Start-ups are different and candidates need to realise that a willingness to go the extra mile and a passion to take on new challenges will be factors in this firm’s early stages.”