In recent years the FCA has been ramping up its regulatory push on the bodies that come under its wing. But alongside its regular flow of consultation, regulation, Dear CEO letters and enforcement, it has been forging one of its most powerful and wide-reaching regulations in years – Consumer Duty.

Every regulated firm, organisation or individual has heard about it. However, regulatory fatigue may have contributed to doubts about its magnitude.

In the motor finance sector there is certainly need for caution. 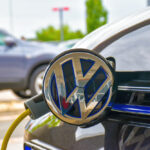 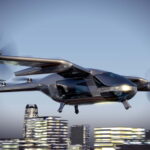 Ignition of finance, acceleration of scale

The rise of finance being taken out on cars in the last decade has seen car dealerships transformed.

In the 12 months to July 2022, the FLA recorded that retail consumers took out £40.5bn in car finance. This is up 10% on the previous 12 months and represents a consistent year-on-year growth for the industry over the past five years.

Undoubtedly, this access to finance has given millions of consumers access to better, more reliable vehicles. It has also meant a significant range of products have been created for consumers and car salespeople alike giving them a raft of choices.

The other side of this positive is that this increase in volume of deals and range of products results in a considerable compliance task with boxes to check and, now thanks to Consumer Duty, historic records to analyse.

To give an idea of scale, in the 12 months to July 2022 more than two million new car finance packages were taken out by consumers. Many of these will need to be validated by those in the motor industry.

The FCA revs its engine

To add to the pressure on the FCA, not only does it have its obligations as a regulator to meet, there is now a new government wanting to ensure that the regular is firing on all cylinders with its new Consumer Duty.

Towards the end of this year the FCA will start its thematic audit and checks on Consumer Duty. When the regulator calls, the motor finance industry will need to be ready to show all the right work has started.

At that time it won’t be good enough to say that Consumer Duty was part of compliance.

Many senior managers have and are recognising that Consumer Duty commands just as much attention and accountability at the most senior levels as the FCA’s Senior Managers and Certification regime (SM&CR).

As the Consumer Duty outlines, there is an expectation that the “board or equivalent governing body takes full responsibility for ensuring that the Duty is properly embedded within the firm, and senior managers are accountable for the outcomes their customers are experiencing…in line with SMCR”

Consumer Duty is significantly stronger than previous consumer protections and reaches much further than Treating Customers Fairly (TCF) did. By making it clear that all those who have a hand in creating financial products for ‘retail customers’ will be captured it has a wide remit to fulfil.

Consumer Duty defines ‘retail consumer’ as all those who use financial services as well as an individual firm’s current or future customers. This includes the beneficiaries of trust-based pension schemes, asset managers and wealth managers. The length and depth of that financial supply chain gets larger when the definition of a ‘retail customer’ is considered.

The daunting task of investigating the vast number of current and past finance packages is perhaps unenviable. However, if motor finance providers cannot prove they are giving Consumer Duty the right attention they could face the full might of the regulator as it seeks to enforce its most ambitious consumer protection yet.

Firms must act now and put together detailed proposals of what is to be done to meet the needs of Consumer Duty or face painful repercussions.