General Motors (GM) has begun its provision of car finance on Vauxhall vehicles, and those of European sister brand Opel, as the company aims to recover depleted sales and operating losses.

Last year GM reacquired the motor finance operation it had sold to Ally Financial in 2006 and will begin offering finance products through GM Financial, branded as Vauxhall Finance in the UK and Opel Financial Services (Opel FS) in seven continental markets.

In the UK, where Vauxhall is consistently the second-biggest selling marque, Vauxhall Finance has already used GM’s in-house provider to launch the Vauxhall Flexible PCP, although the brand has continued its work with Santander Consumer Finance to provide consumer deals for its national used car programme Network Q.

Company Results
Arval warn pick-ups may be classed as LCVs 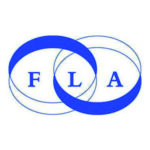 Michael Lohscheller, chief financial officer at Opel, said products from Opel FS will include 0% interest and zero deposit schemes and formed "an integral part of our plan to gain market share and return to profitability".

The change to a captive finance operation would provide more cost-effective wholesale finance and refinancing opportunities, in turn making car loans and leases cheaper to provide, the company said.

"Opel was not always in a position to make the best financing offer," said Lohscheller. "We did not have our own bank, like competitors".

Lohscheller estimated the current finance penetration rate on Opel vehicles stood at 40%, below the European market average of 50%, itself below the UK market new-car average which has been running above 66% for the past year.