Speaking to Dutch daily Het Financieele Dagblad, Gunning provided for the first time a timeframe for the company’s float. Already in August 2017, LeasePlan said it was considering an IPO, which was subsequently rumoured by Reuters to be set for 2018.

LeasePlan specified that the float was only one among a variety of strategic alternatives it was exploring, with Gunning adding that the final decision ultimately rested with current shareholders.

The IPO would not be the first change in ownership structure experienced by LeasePlan in its 55-year history. 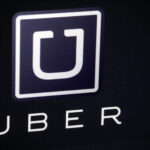 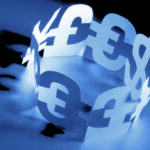 The company was owned by ABN Amro from 1994 until 2004, when it was sold to Global Mobility Holdings (GMH), a joint venture from Volkswagen and two Saudi investor groups, for €2bn. The Saudi investors’ combined 50% stake was subsequently sold to Netherland-based Fleet Investments.

In spring 2015, GMH looked into a sale to unnamed investors, but talks subsequently fell through. Eventually, the business was sold to a consortium of investors in 2016, this time for €3.7bn. At the time, LeasePlan’s chief commercial officer Nick Salkeld told Motor Finance and Leasing Life that the decision to sell made sense as Volkswagen increasingly focused on their in-house leasing unit.

After going on a portfolio expansion spree across in recent years, LeasePlan was reported in July 2017 to have dropped plans to sell its Australia and New Zealand operations. If the sale had gone through, it could have been worth AU$500m (£282m, €317m).

Additionally to the 2017 full year results, the company unveiled CarNext.com, a pan-European platform for B2B and B2C resale of cars.

The platform, which had been in the pilot phase since last year, allows the purchase or lease of former fleet vehicles, which future financing options also being teased on the website.

CarNext will operate primarily online, with the support of up to 50 delivery stores across Europe, for test drive, consultation and eventual decision. LeasePlan said it will in the future supply vehicles for the platform from trusted third-party owners of used cars.

LeasePlan said CarNext could count on a “guaranteed supply” of 250,000 ex-lease vehicles coming back to the company every year. It added that during the pilot phase, CarNext grew the company’s penetration of B2C sales in Europe from 7% to an estimated 15%.

LeasePlan’s intention to offer former fleet vehicles to consumers through a mixed online and physical network had been first reported by the trade press in November, with no specification to its location or the volumes of stock to be remarketed.

The serviced fleet grew 5.5%, to 1.7bn units. This pushed revenues up 2% to €9.3bn, slightly offset by a reduction in vehicle sales.

Profits on disposal of vehicles totalled €41m, down from €69m in 2016. LeasePlan said this was in line with a stabilisation of proceeds, following exceptionally high profits on the contracts written in the aftermath 2008/09, which had assumed unusually low used car values.

Underlying operating expenses for 2017 were down 4% to €880m, with gains reinvested in marketing, digitisation and CarNext.com.

The company’s liquidity benefitted from €4.3bn of capital raised over the year through secured and unsecured debt as well as retail banking operations in the Netherlands and Germany, which grew 9.2% to €5.9bn.

LeasePlan also renegotiated the undrawn amounts from a revolving credit facility it has in place with a consortium of banks. The facility was extended for five further years, to a total of 1.5bn.

For the future, LeasePlan said it would focus on the “car-as-a-service” business, targeting corporates, SMEs and mobility platforms. LeasePlan called these “the most attractive and service-intensive segments of the market”.

The company also planned to strengthen resales of 3-4 year old cars, and said it had sold a quarter million vehicle in this age range during 2017.

An area highlighted for investment was digitisation, both in fleet management and in customer engagement through CarNext.com. LeasePlan said it intends to make use of artificial intelligence technology as well.

Last year, the company established a digital hub in Amsterdam, and partnered with TomTom on fleet management connectivity. It also held a “hackathon” initiative on self-driving with Dutch university students.

LeasePlan also reiterated its commitment, first made in September, that it would cut emissions across its fleet to zero by 2030.

“We will lead the shift to usership”

Chief executive Gunning said: “I am delighted to announce yet another excellent set of results for LeasePlan in 2017. We have more cars on the road than ever before, and at the same time, our underlying net result and return on equity continued to increase significantly.

“Looking ahead, we can achieve so much more. There is a clear megatrend from ownership to usership and subscription models taking place in both the new and high-quality used car markets. Increasingly, our customers – whether they are corporate, SMEs or private individuals – would prefer a ‘car-as-a-Service’ with no strings attached in terms of car type or duration.

“Our leadership position across these two markets, as well as our continuing focus on operational excellence and cost control across the company, will be further enhanced by our new LeasePlan digital programme.”