A study from ACEA found that in order to reach the Commission’s target of 30% EV market share by 2030, EVs would have to rise to half of total sales in Western Europe, compensating for their almost complete absence on Eastern European roads.

The study also identified poor charging infrastructure coverage and a lack of investment on governments’ part as major obstacles to EV adoption.

ACEA rapped national governments’ for their “poor” implementation of the EU’s 2014 Directive on Alternative Fuel Infrastructure, and estimated that some three quarters of charging points are concentrated in just 27% of EU territory. It also noted that a mere third of EU member states currently offer incentives for developing EV infrastructure.

“Even though all European automobile manufacturers are expanding their portfolios of electric vehicles, we unfortunately see that market penetration of these vehicles is still low and very fragmented across the EU,” the report said.

“Consumers looking for an alternative to diesel now often opt for petrol vehicles or hybrid ones, but are not yet making the switch to electrically-chargeable vehicles (ECVs) on a large scale.”

ACEA secretary general, Erik Jonnaert, added: “The European Parliament mustn’t lose sight of the fact that the market is essentially driven by customers. A natural shift to electric vehicles will simply not happen without addressing consumer affordability.

“We are worried that some policy makers have completely unrealistic expectations regarding the pace of market development.” 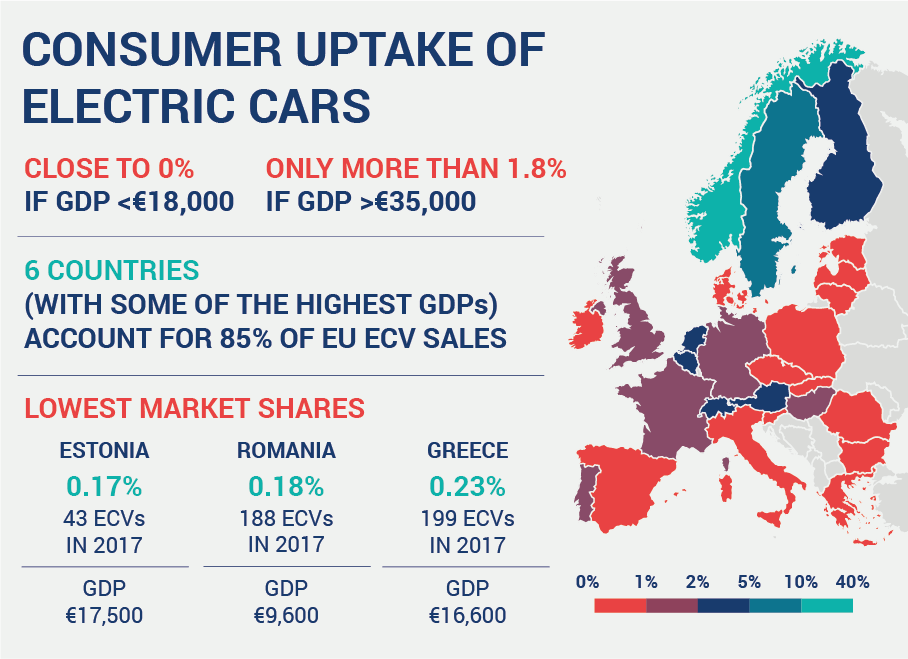 Receive our newsletter Sign up to our e-Newsletter here